National Braille Association, founded in 1945, is a non-profit organization dedicated to providing continuing education to those who prepare braille, and to providing braille materials to persons who are visually impaired. Use this page to learn more about who we are.

Our mission is to provide continuing education to those who prepare braille and to provide braille materials to persons who are visually impaired.

is an international organization with no local units or chapters. All members join as individuals. Many of them work through philanthropic, religious or service groups in their own communities or are professionals in related fields. All serve NBA in a volunteer capacity, including those on the Board of Directors.

Soon after their founding, the group began publishing educational materials and hosting conferences around the United States. It quickly became apparent that the need for such a network was more needed than even the founders knew.

After changing our name to the National Braille Association, the organization set out on a path to provide education, professional development training, and support to transcribers everywhere. It wasn't long before NBA's national status grew, and transcribers in other countries joined. Since our humble beginnings as a small club in 1945, NBA has grown into one of the most prominent organizations providing support to those who prepare braille. 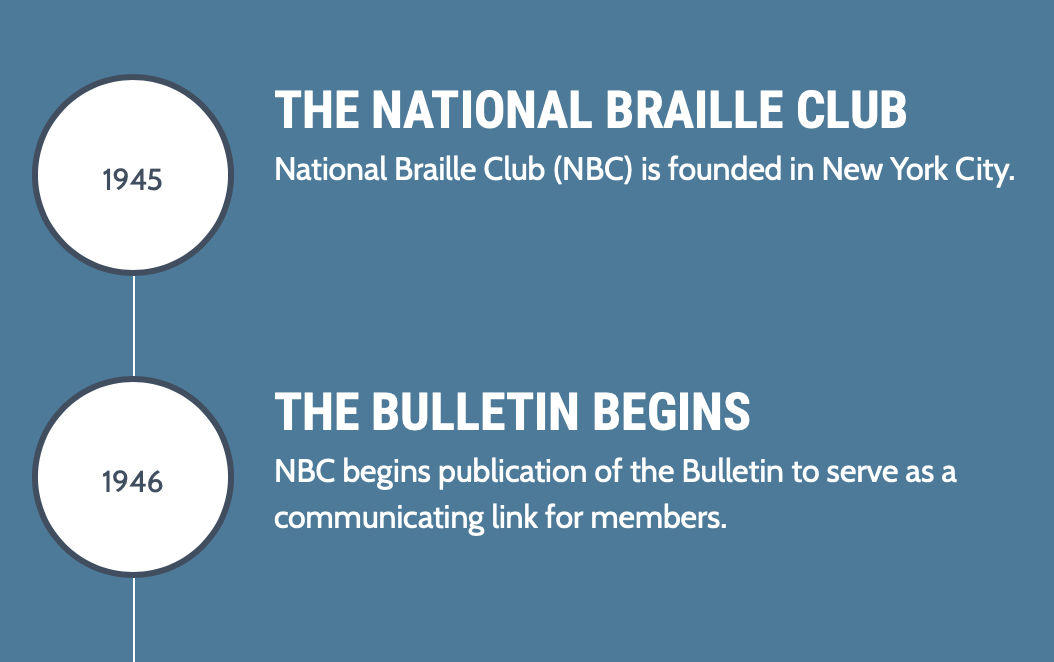 Learn More About Us On Our History Page!

As an organization we still strive to provide education and support by offering various services to our members throughout the world. Members of NBA receive access to:

In addition to providing support for individual members, NBA hosts professional development conferences annually, provides access to trainers through our Training Bureau who can visit your location to offer instruction, instructional publications, certification in Braille Formats, and more!

As the organization expanded and developed, we moved our headquarters to Rochester located in Upstate New York. From this locale, we continue to strive toward providing the best possible service to teachers of the visually impaired, braille transcribers, and those who prepare braille material.